Soil testing has begun on the Cathey property. A bulldozer has cut paths through the forest today so that core drilling can take place to determine soil composition on the property.

The purpose of soil testing is to understand the conditions of the soil on which one intends to build. It is generally required to obtain building permits.

One of the paths is visible from Amberwood Drive: 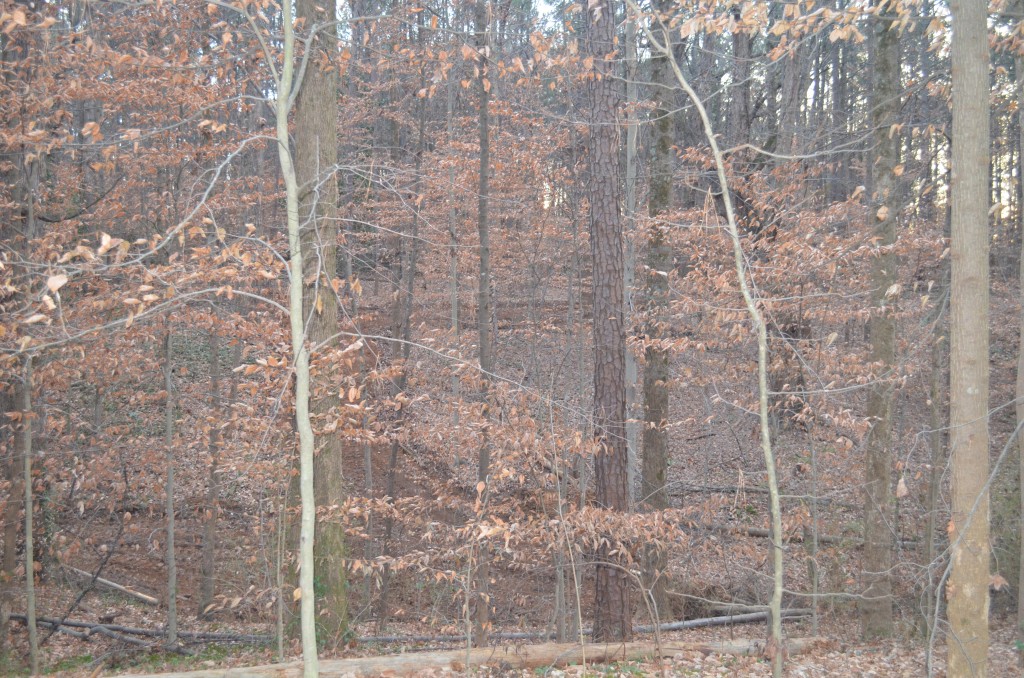 The scar from the bulldozer is in the center of this photo. Here is a photo taken a few days ago of the same area from a slightly different angle: 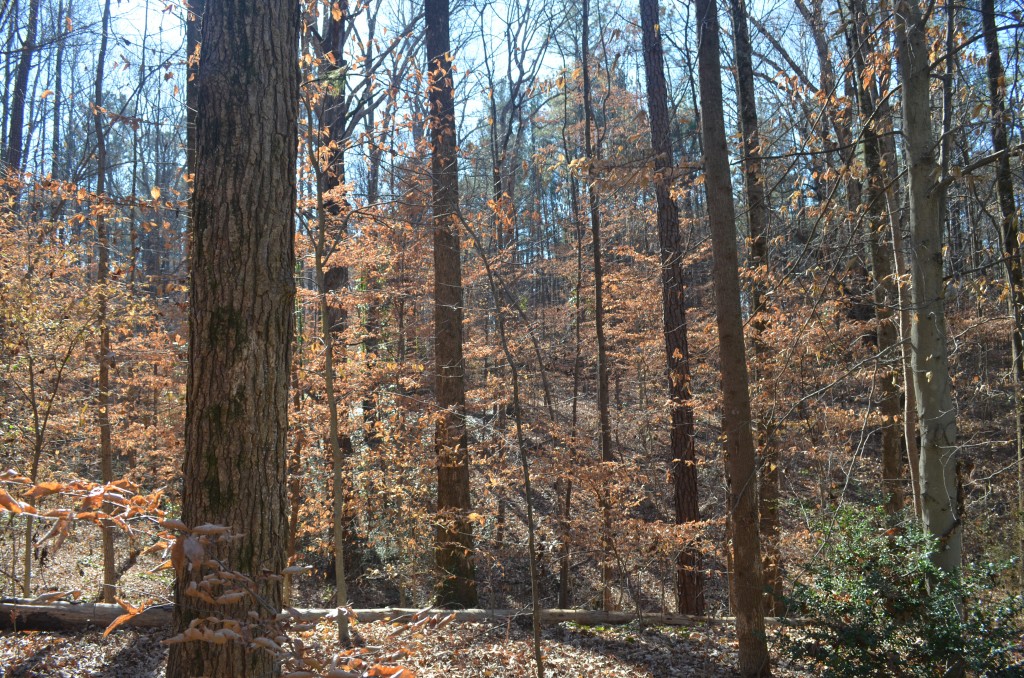 There has been no activity on the third tract so far.

We will continue to monitor activity and provide updates as more information becomes available.

TPA-Arrowhead Real Estate Partners withdrew its application to rezone the Cathey property yesterday evening at the Board of Commissioners hearing. Attorney David Flint made this surprise announcement in the following speech:

Briarlake Community Forest Alliance President Richard Marion responded by expressing BCFA’s support of the request to withdraw. He asked concerned citizens in the audience to stand to show their support of BCFA’s efforts:

After hearing Planning Staff express their support of the withdrawal, District 2 Commissioner Jeff Rader made a motion to accept the withdrawal, but shared some comments prior to the motion:

The County Commission voted unanimously to accept the withdrawal.

A detailed analysis of the results of this process is now available (see Recap of Achievements of BCFA To Date). There is much information and experience to process, and the BCFA Board is working to provide the best possible information to help our readers understand what has been achieved.

The November 6 hearing of the Planning Commission was well attended by supporters of the Briarlake Community Forest Alliance. Most supporters wore green to show solidarity with our efforts to ensure a transparent process and oppose rezoning the property to R-NCD. Name badges with the BCFA seal were handed out and worn by many people in the audience.

The developer, TPA-Arrowhead Real Estate Partners, was represented by attorney Mark Forsling of the firm Schreeder, Wheeler and Flint. Forsling made the following presentation to the Planning Commission:

During the ten-minute period allowed for public comment, BCFA President Richard Marion spoke in opposition to the proposed rezoning. His speech outlined the community’s concerns including the major concern that the proposal has been presented to the community as including an agreement with the County to purchase some of the land for public greenspace. This would effectively amount to subsidizing the developer’s profits. Mr. Marion asked the Planning Commission to recommend a full cycle deferral so that the community could more fully understand the proposal and the environmental consequences of development. He also presented a written analysis of the proposal with regard to the DeKalb County Comprehensive Plan to the Planning Commission members.

Following Mr. Marion’s speech, Echo Lake HOA Treasurer Ben Seibel spoke about the concerns of the Echo Lake community. Referring to the iTree Hydro study that estimated a significant increase in runoff resulting from development, Mr. Seibel voiced the concern that development would cause heavy flooding at the intersection of Briarlake and Briarcliff Roads, presenting a life-threatening situation to pedestrians including Lakeside High School students. Further, the amount of silt that would be generated would make Echo Lake residents’ efforts to maintain the lake unsustainable.

The time allotted for public comment ended with Mr. Seibel’s speech. Several more people had stood up to speak; the moderator told them they would have another opportunity at the Board of Commissioners hearing on November 18.

After the public comments had ended, Planning Commissioner Jon West posed a number of questions to the developer’s attorney. A transcript of this discussion may be downloaded. First, Mr. Forsling said that TPA-Arrowhead is not interested in pursuing the R-NCD zoning if the county opts not to acquire the greenspace for park land. Of special interest are two comments made by Bryan Flint, vice president of Arrowhead Real Estate Partners. Mr. Flint said that “the property was looked at for park space before and had been purchased before” and that “we do this reducing value by reducing lot sizing so we’re trying to still create a development that is economically feasible.” According to what Mr. Flint said, the reduced lot size means a reduction in value of the property, presumably from the value it would have under the current R-100 zoning.

Planning Commissioner West concluded the discussion with the comment that “this is going to need a lot more detail to show that . . . this is a benefit.” A motion was made to recommend a full cycle deferral, the motion was seconded, and the Planning Commission voted unanimously to recommend full cycle deferral of the rezoning proposal. The vote was greeted by enthusiastic applause from the citizens in the audience.

BCFA volunteers handed out a sample letter to encourage citizens to write or call their County Commissioner.

At the combined Districts 1 and 2 Community Council meeting on October 14, the Councils voted to recommend a Full Cycle Deferral of the proposed rezoning of the property at Briarlake Road and Amberwood Drive from R-100 to R-NCD.
The vote by a show of hands was welcomed by a round of applause from community members in attendance. Briarlake Community Forest Alliance was well represented, with people showing their support by wearing green.